A bit of personal talk

With the virus still on the upswing and my state just issuing a "stay home" warning, we're all bunkered down so I thought I'd share a bit of an update on how we're doing in general.

My wife got sent to work from home due to having a bad sinus infection, but luckily her job is both staying open and getting people set up with remote access. We were rather worried about her being put on leave, but so far so good.

Work on weasel projects is still proceeding apace. The medieval rules will be available soon, I hope. (Every time I say something like that, I jinx something so let's say "soon" instead)

The cat is enjoying having humans around all day long. He's taking to single-kitty life pretty well, though once we're not quarantined any longer, we're going to look at getting a young cat to keep him company.
I suspect the fact the prime sleeping spot in front of the glass door is now available suits him just fine though. 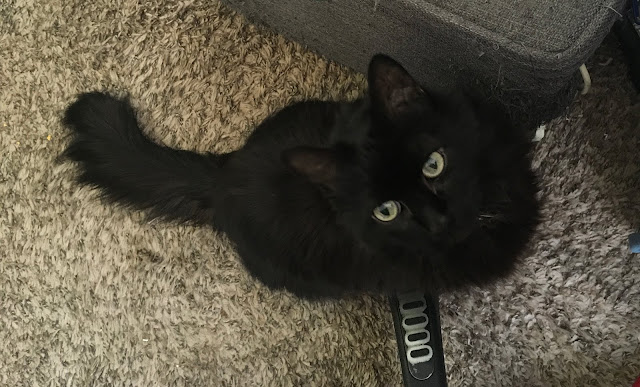 I don't talk a lot about my personal gaming mostly to keep things separated from work, but with us all stuck home, I suppose it's not a bad thing to relax that rule a little.

My current miniatures project is to build medieval armies, both for my own game rules but also for use with Columbia Games Battlelust, as well as doubling for RPG purposes (Pendragon and Harn primarily).

I'm doing it in 15mm and the idea is to branch out into having both medieval and low-fantasy stuff. So far, I've gone with Khurasan but I will definitely be ordering some Splintered Light in April (if I can!).
Unfortunately, weather has not been terribly conducive to getting anything spray-painted and we have snow on the ground now, so it'll likely continue being too wet for a while.

The two online games I am in (playing in a D&D 5 game and running a Harn 1st edition game) are both going fine. The D&D game is an odd beast, where the characters are all people who died in a different world, so we have one person from the Forgotten Realms, one person from Harn and one from a homebrew D&D world used in a prior campaign.

The face-to-face Pendragon game is on break right now, due to social distancing. I'm super excited about continuing that one.

The D&D game is only scheduled for a month or so, after which we'll be starting another long campaign which I will be running. Ideas so far are either Pendragon or a Harn thieves guild campaign. I've kicked around the thought of doing Advanced Fighting Fantasy but Im not sure if the long-term potential is there.

My book reading has mainly been Arthurian lately with Gillian Bradshaw's "Hawk of May" trilogy (which is really quite good). Also picked up this baby for a couple bucks on ebay. 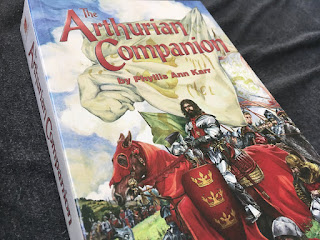 I hope you guys out there are all safe and sound. I've seen an upswing in blogging, people chatting on discord and whatnot. Yesterday, I hung out on video chat while a guy was playing a Five Leagues scenario. Take the staying home seriously but keep your spirits up.

We live in an age where "at home" doesn't have to be "alone". Take advantage of that.