Something to try - Hammer of Democracy

A friend of mine mentioned running Hammer of Democracy at a convention and had a blast, but he also said he'd been using an intriguing house rule: Letting elite troops recover 3 HP instead of 2 when regrouping.

I guess I never thought of that, but that's a really easy "toggle" to set a unit apart: They aren't any stronger on the attack and still have to be pulled back to reform, but they'll "shake off" the effects of combat faster.
I really like that.

Give it a shot in your games. 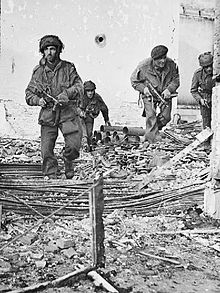 Also don't forget to check out where Nordic Weasel started:

Five Men in Normandy is one of the easiest, quickest playing ways to get that "Band of Brothers" feeling that you will find on the market

Best of all, it is Pay What You Want so why not check it out and see where we came from?