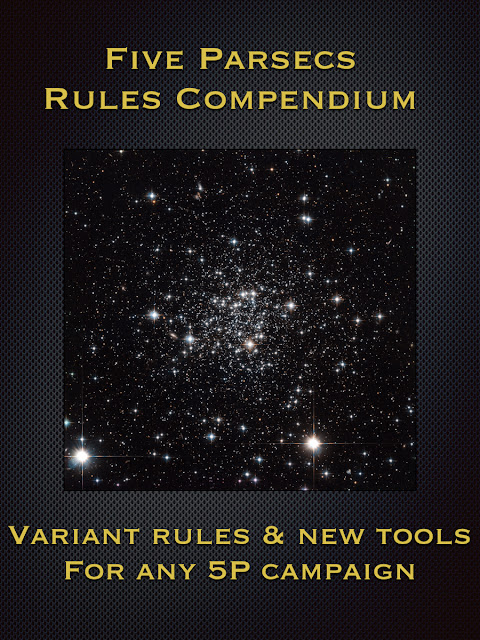 The Compendium adds a massive collection of new rules, options and expansion possibilities to any Five Parsecs campaign.

Whether you play Salvage Crew, Gang Warfare, From Home or Bug Hunt, the Compendium will have something to offer you.

Within these pages you will find:

Options and variants that can be fitted into any campaign with ease:

Go all out with

No matter the campaign you run, you will find something of use in this Compendium.

Do you want some more tactical options in combat?

Do you need a couple of random NPC's to roam the battlefield?

New ways to level up?

It's all in here.

Best of all, the Compendium will be the only one of its kind.

When new options are added by myself or through player submission, they will added to the Compendium as a "living document".

If options receive widespread approval, they will be graduated into the core rules and removed from here.

This means you don't have to keep track of an ever-growing list of rules booklets.

Simply buy the Compendium and you are always on the bleeding edge of game options.

http://www.wargamevault.com/product/235035/Five-Parsecs-Compendium
Posted by Weasel at 12:59