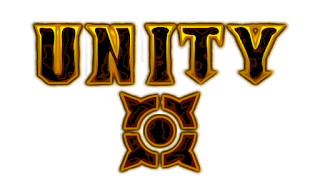 The core mechanic of UFA is the card draw, so let's talk about how that works in a bit of detail.

You will need a basic deck of playing (poker) cards, with one suit assigned to each player (in a smaller game) or one colour (in a larger game).

So I might have clubs and spades while you have hearts and diamonds.

When a card is drawn, it can be used for a few different things:

A regular card (2 through 10) allows a character to activate and carry out 2 actions.
So a guy might move, then fire for example.

Face cards let you take 3 actions, representing a burst of activity or a character finding just the right moment to act.
So our guy might move, take aim and then fire in this case.

The ace is a bonus action: You only get to take 1 action BUT you could take it with a character that already activated this turn.
The hero brings up their blaster just as the enemy is bearing down on them.
A sniper goes on Watch after rushing into position.
That sort of thing.

Additionally, some characters will have Bonus Action abilities. These allow any card to be played on them and permit them to take the action as a bonus.

So if I draw a 5 but don't really want to use it right now, I could play it on a character with Bonus Move as a skill, and they could take a Move action as a bonus.

If I have any Leaders in my squad, I can also attach a card to them instead of playing it.
They'll then be able to use it later to give a bonus action or help an ally recover from shock.


This way, we strike a good balance (I think) between unpredictability and still letting the player make tactical choices throughout the turn.
Most importantly, the number of times a card will be of no value to the player should be minimized quite a bit.

Of course, nothing stops a player from funneling their regular cards into Bonus actions while waiting for the face cards to come up, but they'll have to endure the enemy's activities while doing so. 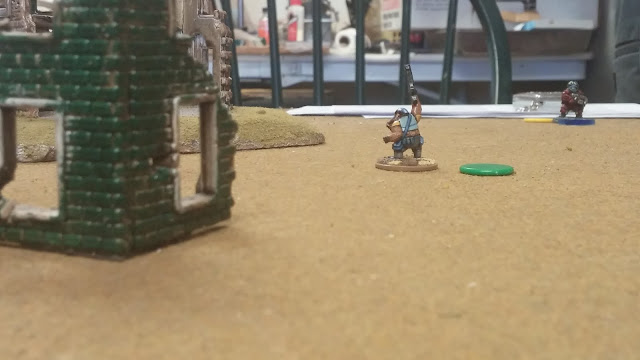 Mini's and table by Jeff Fearnow
Posted by Weasel at 10:50