Non-gaming: A visit to the 339th "Polar Bear" memorial in Michigan.

The First World War and the Russian Civil War are long passions of mine and the American expeditionary force sent to Archangel in Russia in 1918 has been in my mind ever since I read the fantastic "When Hell Froze Over".

To those that don't know, in the fall of 1918, as Russia had dropped out of the first world war to fight a brutal civil war, American troops were sent to the Northwest of Russia, ostensibly to guard allied supply depots from falling into German hands.

However, the men of the 339th Infantry regiment and their various attached troops (including a Canadian artillery battery) ended up in a fight for their survival.

Stuck in a foreign land, in freezing weather, battling an enemy they barely understood, while suffering from the Spanish flu, issued weapons they had received no training in, these men fought exceptionally hard but would ultimately be largely forgotten.

Except in Michigan, where the White Chapel Cemetary has a little memorial to their sacrifices.
Some 10 years after the fact, an agreement was made with the Russians, permitting as many of the fallen remains as could be found, to be recovered for burial in their home land.

Why Michigan? The majority of the men were from Michigan, many of them from Detroit.


We visited the memorial today and snapped a few pictures for you all. 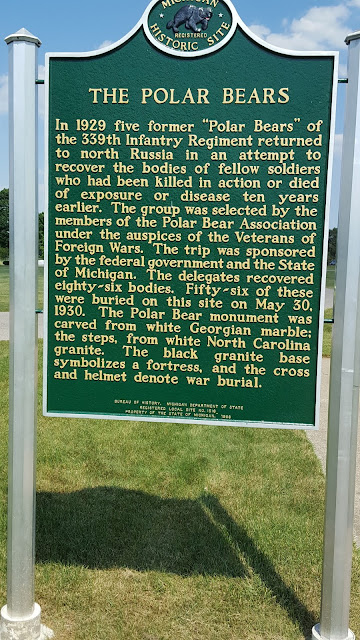 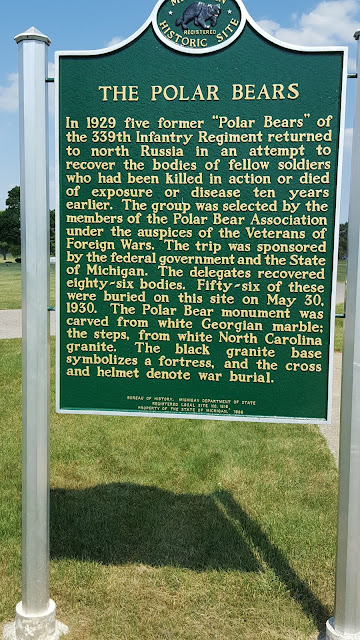